"Yup that's right! They is few and far between but this here is one of them. Here is how it works."

"Ah'm goin' out in the garden right now and start up a bed of some sort of vegetables. Ah am not gonna tell you whut kind nor give yew a clue but ever Wednesday and Sunday, if it t'ain't rainin' Ah will take another picture and post it for y'all."

"Sooner 'er later somebody will recognize the veggie and put the correct answer under comments along with the address to use fer the Paypal payment."

"That there payment will be one double sawbuck, Andy Jackson or $20.00 US."

"Only one guess per person for each picture posted, mind ye!"

"That ought'n to be clear enough."

And there Agnes went, leaving a bemused crew of gardeners in her wake.

"Ah'm back! An' here's a picture of the bed. Don't tell ye much, does it? Yew'll just have to check ever Wednesday and Sunday until somebody figgers it out."

"Sure is.", said Farm Girl, "But you know what is stranger, and I never got around to asking? Remember about this time back in 2012 I took a trip to Minnesota for a few weeks?"

(Those who don't remember can find the sordid tale right here.)

"Well, when I got back, here was this Agnes person who I had never met, and not only had she made herself at home; she had actually written a 'Farm Girls Corner'!"

"What I'd like to know is who's Aunt is she, and how the hell did she wind up being part of our Merry Band?"

You might have heard a pin drop. Nobody dropped one but the silence was so profound that the potential for hearing dropped pins was definitely there.

"Is Agnes still on a liquor store run?", he inquired.

There were nods and and mumbled sounds of assent.

"Then lock the doors, boys and girls, it's time for a chat." 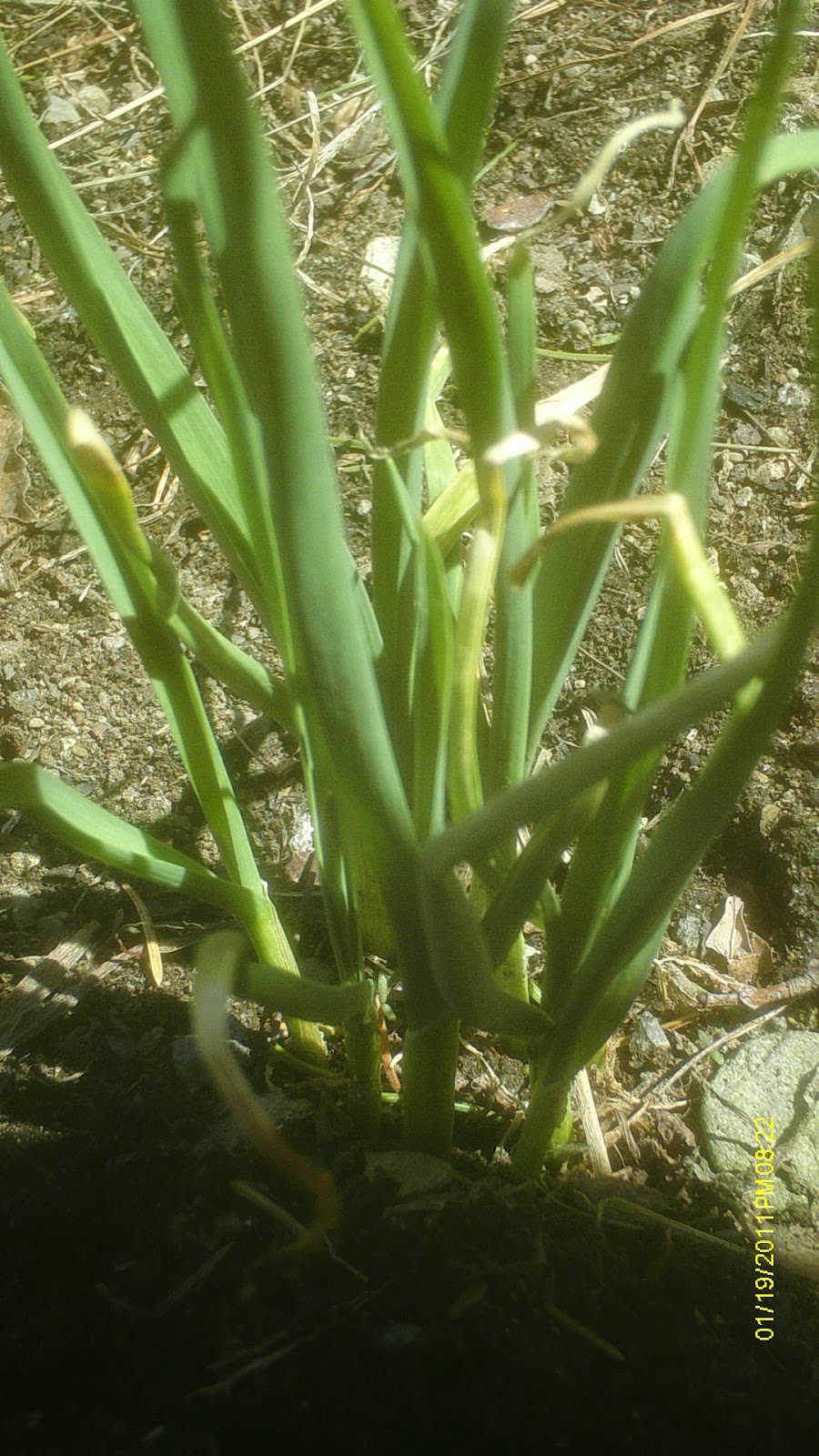 A CLOSER LOOK
"Where has Vida G been all day?", queried Uncle Mac, "haven't seen hide nor hair since breakfast."
"Oh she's working in the garden. Said she found some garlic and was going to replant it." said Farm Girl.

"Yikes! Don't tell me she's digging up the fall garlic crop? That will pretty much put 'paid' to 2015 as far as that allium goes!"
"Well that's allium you can expect from a neophyte." Farm Girl said, "But no. As a matter of fact she is digging up the left over 2014 crop that we did not harvest, splitting the cloves and replanting them." 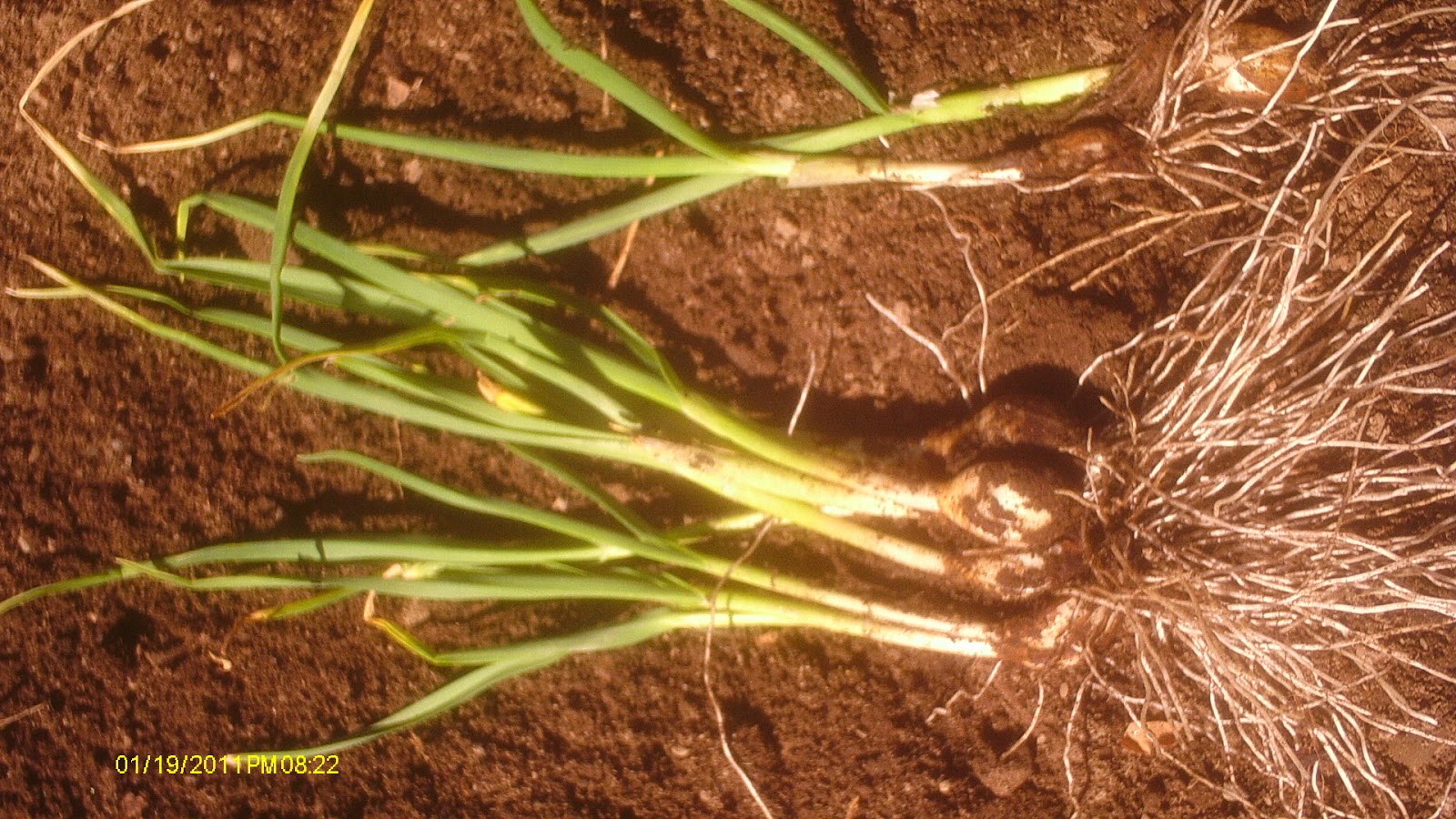 SECOND YEAR GARLIC SPLIT TO
REPLANT
"Did no one tell her that the yield is apt to be less than spectacular?" said Uncle M.
"Yes but you know Vida. And anyway why curb her enthusiasm? There's plenty of room and we can use the little cloves early on. Never enough garlic on hand, you know."
LOCATION
"How many did she plant? Couple of dozen?" 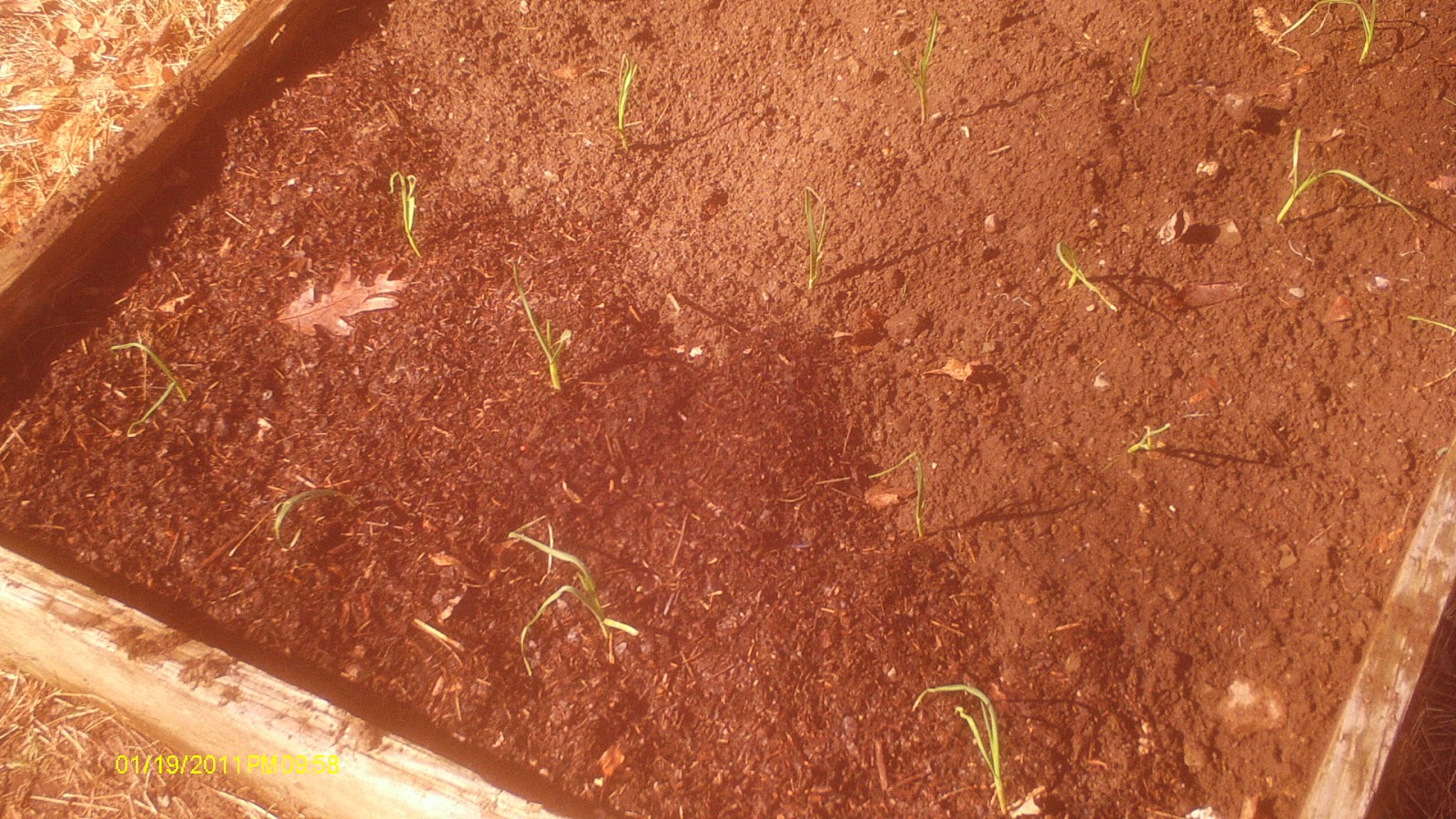 Turning in the direction of the open garden side door Uncle Mac bellowed, "It's Miller time, Vida, give the garlic a rest!"
"Whew!", said Vida G, as she burst through the door, "It was time to knock off anyway. I really worked up a sweat out there, and I think I'm learning my gardening ropes."
"Nice." said Farm Girl, in a dangerous tone.

We will, of course, let you know how Vidas experiment progresses.

Hi, Farm Girl here! You know me, I help Uncle Mac around the garden and shed, planting and weeding and researching sound gardening practices. Today we researched fertilization techniques. The basket trick in particular was kinda fun, if a bit challenging from an athletic standpoint.

Anyway, I'm going to tell you about some of the new vegetable varieties that became available for this, the 2015 season and which we will be trying here in the Shed garden.


I have high hopes for this one, I'm sure that it is no different than most zucchini or summer squash from a flavor standpoint, but eye appeal is important as well and this vegetable certainly has that. Not only does it look good, but it is ready to pick just 50 days from sowing. This is commendably quick.

Further, This zucchinoid is touted as being a 'long saver' for a summer squash. I'm not really certain what that translates to, but rest assured, we will be reporting what we learn about this colorful cultivar.

Want to try it out? Here is a link to help you out.


Bulky and long at 9" Jungs new Beaver Dam pepper provides gentle warmth for those who like a little chemical heat with their peppers, but who do not want to handle their foodstuffs with oven mitts, even while picking them.

The plants are compact, just 18 inches tall on average but produce a surprising volume of uniform fruit which ripen from mild green to glossy, dark red. Maturity requires a full 85 days.

You can find out more, or place an order here: Beaver Dam Pepper

This interesting little 4" to 5" summer squash purports to have a certain sweet but savory flavor which lends itself to stuffing, as well as more conventional uses.

Just 52 days from sowing to serving these compact plants could be a pleasant mid summer surprise. We intend to let them climb the north side of the garden fence, with a 6' maximum height this can work out well.

You can find out much more about this intriguing little squash right here: Burpees Summer Cupcake Squash

As always, I'll keep you up to speed on how these new items are faring in our test beds.

Thanks for visiting Farm Girls Corner!